The 170km long Iseji route runs along the east coast of the Kii-Peninsula between Ise-jingu shrine and the Kumano Sanzan temples. The Iseji trail starts from the famous Ise shrine in Mie Prefecture. The route offers picturesque sights such as terraced rice paddies, bamboo forests and beaches along the coast of the Kii-Peninsula. In order to prevent erosion, the trails have mainly been covered by paved paths just like the Ohechi trail.

There are a number of passes to cross on this route so as well as being a longer route it is a good physical challenge due to the hills.  The use of this trail rose dramatically in the Edo period (1603-1868) with the increasing number of pilgrims to the Ise-jingu shrine. After paying homage in Ise, devotees would continue on the Iseji route to Kumano Hongu.

For more details on this route, please click below, which will take you to informative local Japanese & western sites with maps and distances:

Also a more recent addition this site has a great description from someone who has recently walked the full route:

RAW Travel does not book any arrangements on the Iseji route so you would need to look at the above sites to work out routes and accommodations independently. A lot of the route runs through modern towns and the original paths have been paved over so we prefer to send people on the Nakahechi route which we believe offers a better experience. 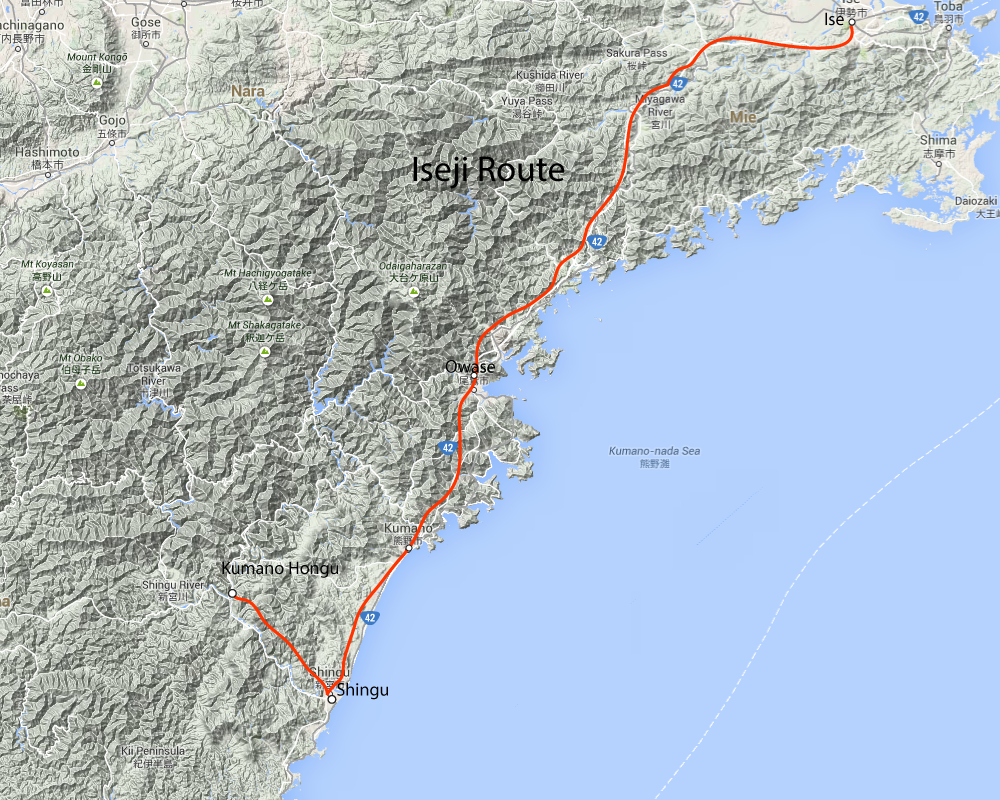